I could not be more pleased to announce the release of my new book, Abyssinia, on the Mount Abraxas imprint of Ex Occidente Press in Bucharest. The book is printed in a new format, which is, in my opinion, the most exquisite style yet from this most exquisite of presses. 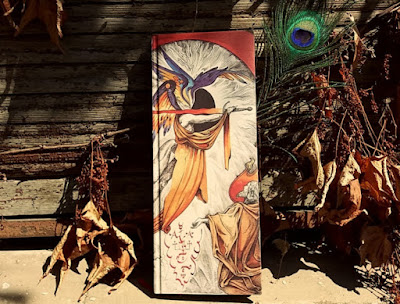 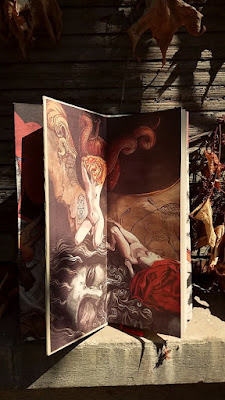 Abyssinia follows the intrigues and deceptions of two women, each of which are staying in one of seven luxury suites in the Hotel Argentum. The suites are named after former European territories whose boundaries have since been subsumed. Petra has checked into Fiume, whose final days were spent beneath the deranged auspices of the poet and dictator Gabriele D’Annunzio. Celia is staying in Galicia, whose fate was sealed soon after the First World War. Between the women stands Karl Reginald von Lobkowicz, an antiquated doll which Celia is seldom seen without. Petra’s fascination vacillates between the cracked and blemished figure and its eccentric owner. The matter is further complicated by the appearance of an eighth suite, which appears to be concealed somewhere within the Hotel grounds.

Copies can be reserved with Ziesing Books in the US by emailing info@ziesings.com, and with Fantastic Literature and Cold Tonnage in the UK. For more info, email exoccidente@gmail.com.

Posted by Damian Murphy at 11:25 AM No comments:

Email ThisBlogThis!Share to TwitterShare to FacebookShare to Pinterest
Labels: Ex Occidente Press, Publication
Newer Posts Older Posts Home
Subscribe to: Posts (Atom)
The author of this website may be contacted by email at bovineinversus at hotmail dot com.