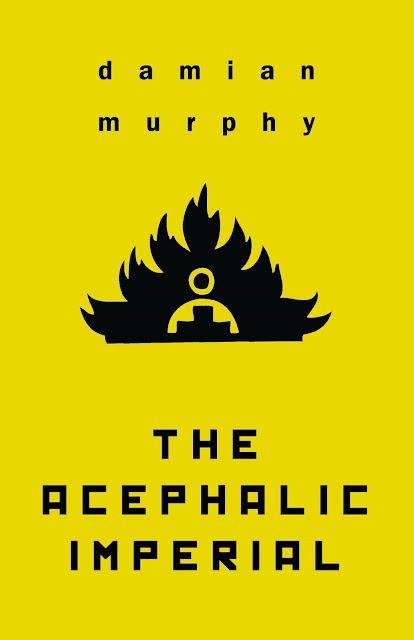 Here begins my decent into something for which I have no words.

The Acephalic Imperial, which sits somewhere between a novella and a short novel, is officially released today. It can be purchased directly from the publisher or through the usual online channels (Ziesing Books, bookshop.org, Amazon, et al.)

Inspired in part by the work of Patricia Highsmith, George Simenon, and Claude Chabrol, the narrative involves a woman that takes a position as a live-in maid in a large and stylish manor. Her duties are highly unconventional, to say the least, having more to do with voyeurism and acts of indiscretion than cleaning or maintaining order. As it becomes increasingly clear that her employer is subjecting her to a tenuous game of provocation and transgression, she resolves to find out precisely how far his obsessions might be pushed. What follows is a story that revolves around a double axis—that of obedience and disobedience, explicit and implicit rules, loyalty and treachery, and the twin heads of the imperial eagle whose icon is found in every region of the house.

Only the sovereign without a head is truly fit to wear the crown.

Also, just out on Eibonvale Press, is The Neo-Decadent Cookbook, which features a short piece of mine, entitled “The Immaculate Scrambled Automat.” My contribution, a pleasant dystopian occult science fiction piece, is honored to share space with some of the finest work in the Neo-Decadent tradition, including contributions by Justin Isis, Quentin S. Crisp, Brendan Connell, Daniel Corrick, Jason Rolfe, and others.